22-Mar-2018
So you've been developing an app that run's on Google's App Engine and now you have a need to run background or scheduled tasks. No problem, that is covered in Google's documentation already here (Cron) and here (task queues). What isn't covered however are the knock-on effects of doing it the naive way...in the worst case going over your daily quota limits (if you're using the always free GCP tier).

I've recently ran into these issues myself when I implemented a Twitter auto-unfollow functionality for my new website (AtariGamer.com). I ran into this issue due to the nature of Twitter's API and its own usage limits - I had to split work up into a Cron job that kicked everything off, followed by a number of tasks on the push queue. What I didn't realise was due to the default (F1 autoscaling) I had new instances of my app started to serve these 'background' requests as a front-end instance and that quickly made me go over the 28hr/day quota and the entire site went down shortly after.

That led me to this page - Configuration Files. Specifically, I was interested in defining a separate service for my backend jobs. So, I created a file called backend-jobs.yaml and added the following content to it...

What the above file does is it defines a B1 instance that responds to some handlers ie. URLs that get requested by the Cron and Push Queue tasks. The main part here is the handler for "url: /xxxxxx/.*" - this routes all my requests to routes.php, which in turn interprets the URL and calls the appropriate controller (I'm using Silex for this). The "url: /_ah/start" handler is also required and must return a HTTP status of 200 or the backend instance of the app will not start.

My PHP code for the backend jobs stayed the same, it was just the service definition that changed. I then deployed this backend service using the gcloud tool...

Then each of the Cron jobs in the cron.yaml file was also updated in a similar fashion...

This was followed by redeploying my Cron and Task Queue definitions...

That was it! From this point on all of my backend processing tasks were being run on a separate B1 instance and all of the usual front-end requests were being served by the F1 default instance I've always had. I did notice that while I was still over quota on the F1 instance, the B1 instance would not start, but once the quota was refreshed, everything worked as expected.

Best of all, no PHP code needed changing! I could also see, in the App Engine Quotas page that both the front-end and back-end instances were being used as expected.

Now I don't have to worry about exhausting my front-end instance hours with my background processing tasks. All it took was a few configuration file changes and voila!

All content and opinions expressed on this Blog are my own and do not represent the opinions of my employer (Oracle). Use of any information contained in this blog post/article is subject to this disclaimer.
PHP, AppEngine, Google, Cron, Cloud, GAE
Igor Kromin 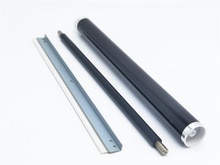