17-May-2018
I use the PHP Development Server for all of my local App Engine development work on my Mac and one of the features that's built into the app I'm working on at the moment is serving images. Out of the box this works just fine locally bar one small caveat - dynamic image resizing is not supported. If you do try and make use of image resizing, warnings like the following are displayed...

When deployed to App Engine it all works fine and this catch is explained in Google's documentation...

Note: When running your app locally on the development server, you'll need to install PIL if you wish to use the image sizing options described in this page.

Well no big deal, just install PIL right? Unfortunately at the time of writing there was no compiled version available for macOS and for the system Python version I was running. This meant I had to do a bit more work.

First I made sure of the Python version...

Alright, version 2.7, the only pre-compiled download I saw was for 2.5. I went ahead and got the source version of PIL 1.7. The following steps require Xcode and command line tools to be installed, I've already done this a long time ago, but here's a nice article that describes how to do it just in case. You will also need to make sure that XQuartz is installed before running any of the steps below.

I had a look at the README and got as far as the "If you're in a hurry" section...

For a list of changes in this release, see the CHANGES document.


Unfortunately that caused the build to fail, doh!

No matter, this was not a big deal. All I had to do was tell make where to look for the X11 headers. Below were the commands I used to build and finally install PIL...

That was all that was required. PIL installed correctly and after restarting the dev server I didn't see any more of the warnings about image resizing.

All content and opinions expressed on this Blog are my own and do not represent the opinions of my employer (Oracle). Use of any information contained in this blog post/article is subject to this disclaimer.
AppEngine, Google, Cloud, GAE, macOS
Igor Kromin 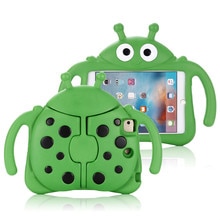