9-Sep-2018
The Legends line of kits from Metal Earth has been introduced back in January 2018 and has now just been expanded with a selection of Looney Tunes models. There's Bugs Bunny, Yosemite Sam, Porky Pig, Sylvester the Cat and of course the star of this article - Marvin the Martian!

Just like the rest of the Legends kits, these are full colour models, they are very easy to assemble, require no glue and have few parts. They are perfect starter kits if you're just getting into Metal Earth, but even if you're a veteran and have assembled complex kits like the Gundam Barbatos you will not be disappointed with the end result. 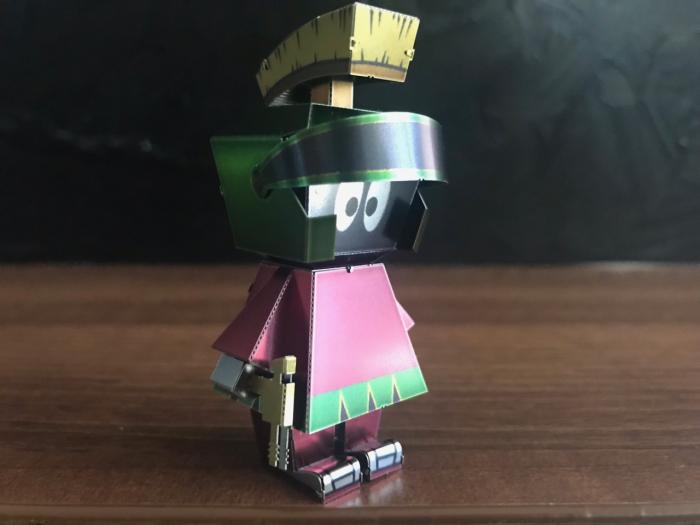 The Looney Tunes kits feature a Collector's Quest competition where if you collect all 5 of the models and send the cut-out token from the back of the package to Fascinations/Metal Earth, you will be sent back a special limited edition gold Marvin the Martian. Very cool! 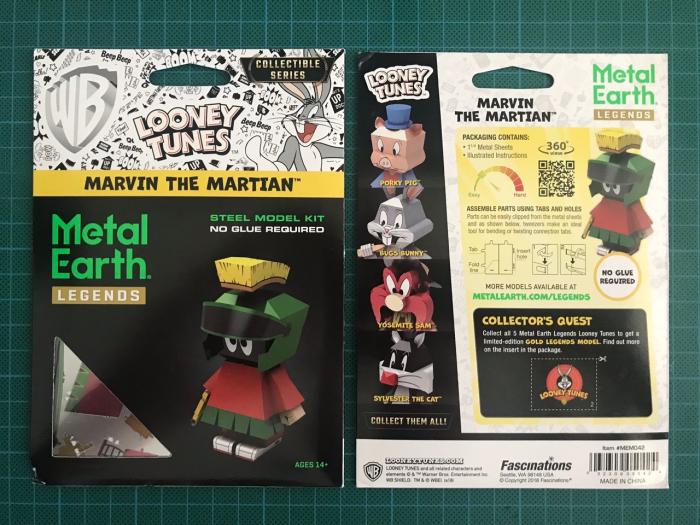 As usual when assembling Metal Earth kits I used a selection of tools including needle nose pliers, side cutters, scalpel, spatula and a highlighter to mark off model parts I've used. The kit had two metal sheets, however one was much smaller than the other, in total there were only 16 parts. The instructions came on a single sheet of paper and were printed on one side only - it was a very quick to assemble kit! 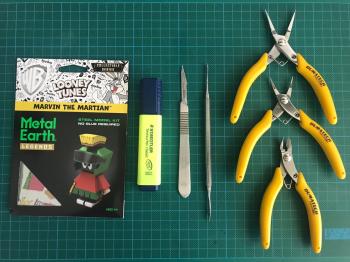 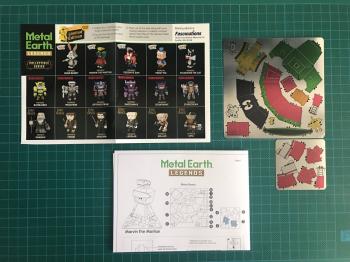 The legs were first up and I think this was the only tricky part in the build. The feet parts needed to be bent into a peculiar shape, but after that was done it was smooth sailing. 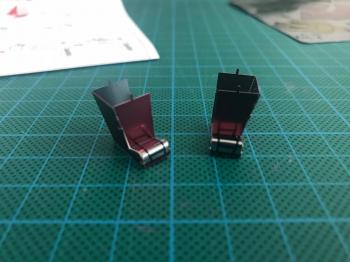 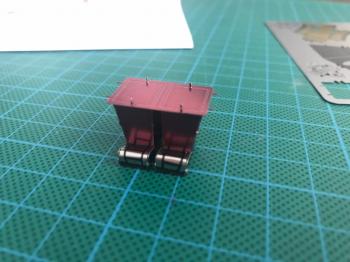 The arms were next. One of the arms held a blaster. Both arms were attached to the torso with the legs followed suit before the torso section could be secured together. 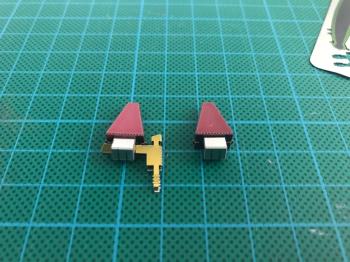 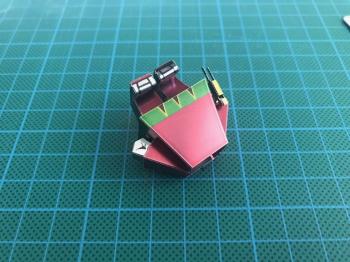 The head/helmet section looked tricky but really wasn't. It was effectively a box within a box. The rounded band across the top didn't need to be shaped too much because simply attaching one side and then the next game it the perfect shape. 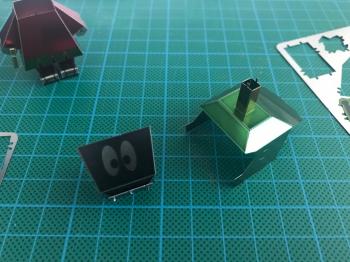 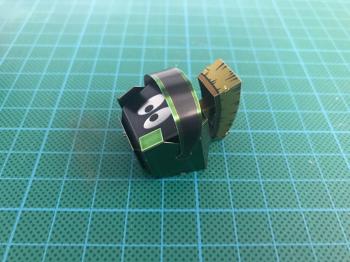 The last step was attaching the head to the torso and the model was complete! 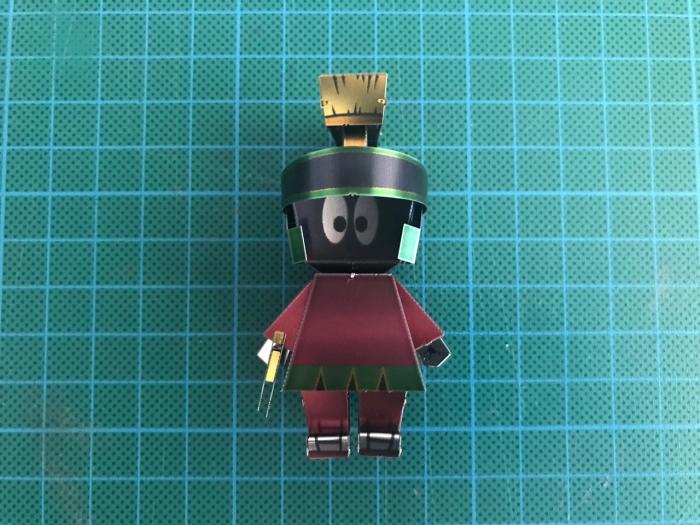 Here's a video of the build process...

I really liked this model and it proudly takes its place right next to Groot that I built some time back. Having the full set with the gold Marvin would make for a very cool display. So do you have your's yet?