21-Oct-2018
At the start of the month I wrote about a bug in Safari that broke the Save dialog, well I keep finding more UI bugs in macOS and this time it's in the Image Capture app. I have to do a fair amount of scanning for my Atari Gamer project so this one actually affects me quite often.

The issue is with the 'Scan' button, which also doubles up as the 'Cancel' button. So, lets go through the steps to reproduce the issue with a bunch of screenshots to highlight what's going on...

My printer/scanner goes to sleep sometimes and if it happens in the middle of a scanning session it doesn't wake up quickly enough...the scan shows up as in progress in Image Capture...

...but after a minute or so it I get an error. This error is correct because the scanner is still asleep.

When this error occurs, the 'Scan' button is changed to a 'Cancel' button.

Oddly, clicking the 'Cancel' button now will initiate a scan!

After the scan completes the button is updated to 'Scan' again.

It's not a complicated sequence of events to reproduce and I'm surprised this hasn't been fixed already. However having said that, the Image Capture app seem to get broken all the time so maybe this shouldn't be that surprising!

All content and opinions expressed on this Blog are my own and do not represent the opinions of my employer (Oracle). Use of any information contained in this blog post/article is subject to this disclaimer.
Apple, Error, macOS
Igor Kromin 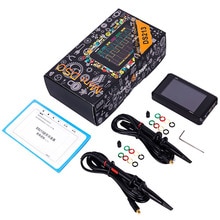