5-Apr-2014
NOTE: This article is 3 years or older so its information may no longer be relevant. Read on at your own discretion! Comments for this article have automatically been locked, refer to the FAQ for more details.
This is part two of the Parrot Flower Power review. In the first part of the review I talked about the actual device itself, in this review I am going to concentrate on the software that makes it all come together. The app will only run on iOS for now, there is an Android version in development, but it's not ready yet. There are limitations on which device it will run on too, you will need one of iPhone 4S, iPhone 5, iPad 3, iPad mini, iPod touch 5th generation or later iDevices.

I did my review on an iPhone 5 and overall I found the software easy to use, however there are some issues with synchronisation, both with the device and with the cloud. The cloud sync is needed for the processing of results, so there is no escaping that.

The first thing you see is a nice greeting screen, it's quick to load and doesn't get in the way. You have to register for an account to do anything useful, the app takes care of that, then once you're registered, you can go ahead and add the Flower Power to your list of devices. There is nothing special to do, the software will find the Flower Power by itself. 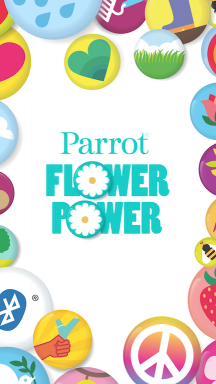 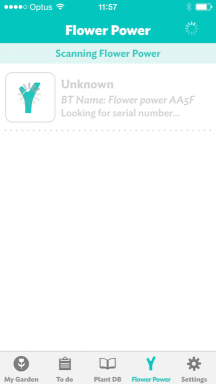 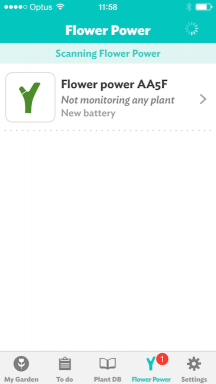 It took some time to establish a connection to the device, but once it did, things were rolling ok. This issue came up a few times. Once the flower power is set up and you are on the device screen, the busy indicator icon is rolling, but no Bluetooth activity is going on, it took me several attempts to get connectivity to happen here.

When a new Flower Power is set up, there is no plant being monitored, this essentially makes it a live-monitor only and pretty much useless, so you have to set up a plant to monitor. Something I didn't do at first was tell it what the plant was, which also seemed to restrict the what the software did. Only after I told it what the plant was that the app started to 'monitor' it.

Adding the plant is easy, just tap the New Plant button. You can take a photo of the plant itself, give it a nickname, tell the app how its' planted, etc. Once that's done, the plant will appear in the My Garden tab. 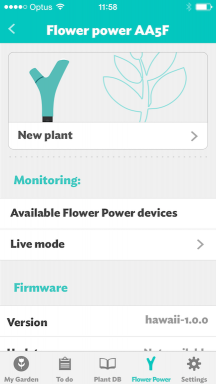 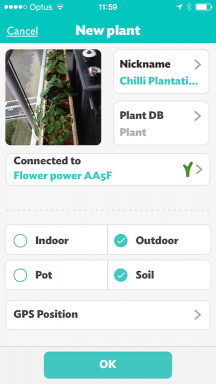 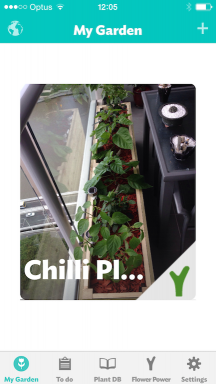 Something I thought was really cool and unexpected was the app detected a firmware update for the device itself and was able to update it view Bluetooth. I'm always hesitant with firmware upgrades, but went ahead anyway, the new version was downloaded and then sent to the device, which then restarted and was working without issues. 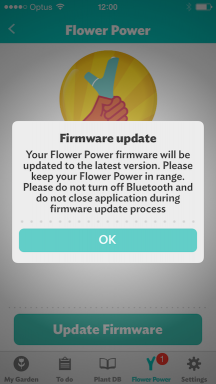 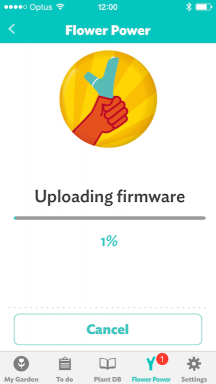 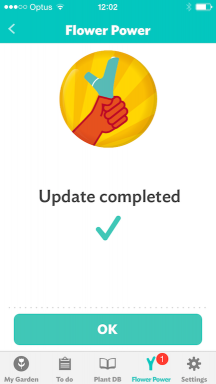 When connected to the device, the software is quite easy to use, there are four options, water, fertiliser, temperature and sunlight. Each one presents a graph that can be scaled from Live, to 1 day and all the way up to 1 year. The fertiliser option is not available in live mode because it relies on cloud processing to have been done. 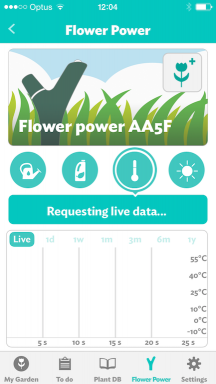 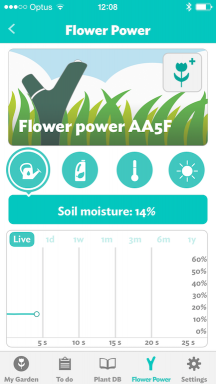 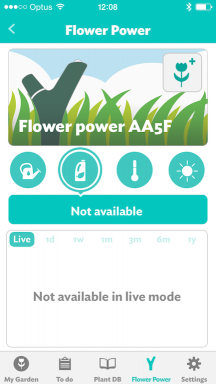 The most useful part of the app is the ability to monitor the plant over time of course. There is a caveat here, you can't add your plant and access this feature immediately. You have to wait 24 hours for results to be collected and sent to the cloud to be processed. A minor inconvenience, especially if you are impatient like me. Oh well, 24 hours later...the message telling me that I have to wait changed to a message telling me that I had to be connected to my network, which I was. I tried closing the app down a few times, even restated my iPhone, no luck. I left the app alone for a few hours at this point and it just started working by itself eventually. You also have to be within range of the device to check it. 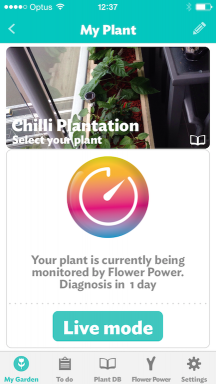 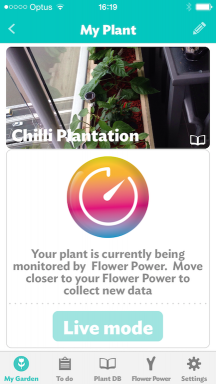 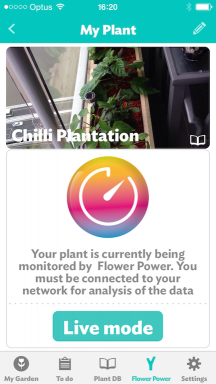 Now when I finally managed to synchronise with the cloud, this is what happened...a bunch of alerts! This was not unexpected because I've replanted all of my chillies a couple of days before and the soil has not stabilised yet. The alerts appear in the plant monitoring screen in either red or yellow, depending on how severe it is. Each alert is also shown in the To Do list. 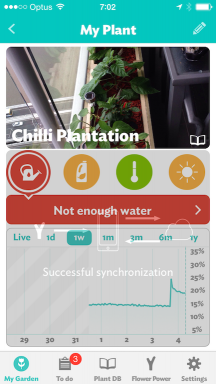 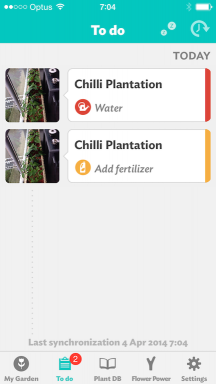 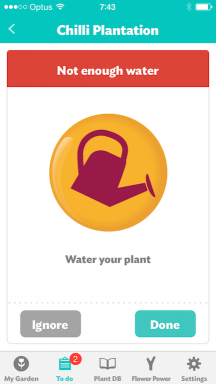 You can ignore alerts and access previous alerts in the To Do list, which is a handy feature I think.

This app is quite good for what it aims to do, despite some of the connectivity issues, the app is easy to use and provides the information that the device measures. The Plant DB has large amount of plants to choose from too.

The only thing I would love to have different about Flower Power is WiFi sync ability, not just Bluetooth. This is because I am on the road during the week and am not within physical limits of the device, so a WiFi sync would mean that I could actually monitor the progress of my plants when I am away from them.

Overall, I would recommend this gadget!

All content and opinions expressed on this Blog are my own and do not represent the opinions of my employer (Oracle). Use of any information contained in this blog post/article is subject to this disclaimer.
Electronics, Plants, Apple, Review, iOS
Igor Kromin