22-Dec-2016
NOTE: This article is 3 years or older so its information may no longer be relevant. Read on at your own discretion! Comments for this article have automatically been locked, refer to the FAQ for more details.
I originally had a go of replacing the CF tube in my aquarium a while back. The first attempt didn't work out too well so I had a second go with a slightly different circuit and new LED strips. Unfortunately even the second time around was met with LEDs burning out and going dull. So I decided to take a different approach this time around and use some car daytime running lights instead.

I bought a set of DRLs on eBay. These were already of the exact width I needed. Since these are meant for a car, they were 12V, so I didn't have to modify my existing circuit. Because these DRL strips use individual LEDs not surface mounted ones I had more confidence that they would not burn out (after all they are designed to run all the time while driving and in the rain, etc).

The result turned out quite nice. Instead of three rows I was down to two however. This didn't make much difference to how well lit the aquarium was in the end. 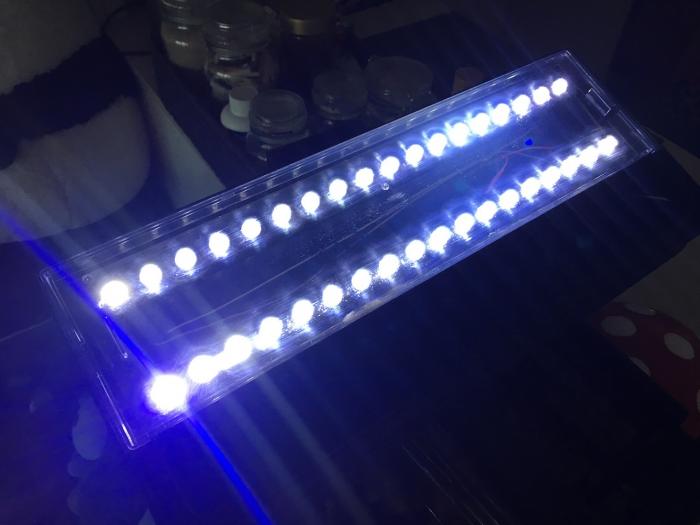 These were the lights when they arrived. They had doubled sided tape on them already so it was simply a matter of sticking them onto the piece of acrylic I used previously for my LED strips. 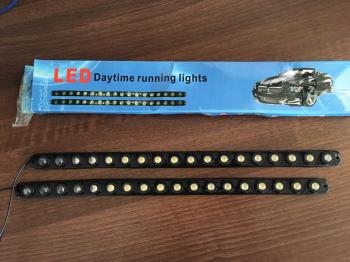 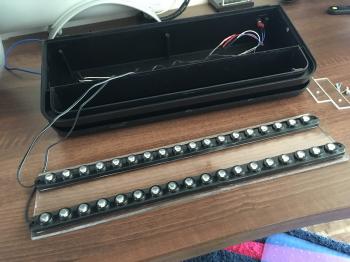 The wiring was more or less the same, except I connected just one strip to the 'white' side and the other strip to the 'blue' side. Refer to my previous posts I mentioned at the beginning for wiring diagrams. This arrangement lets me have either one or both DRLs on at the same time, depending on the second switch I added to the light housing.

It was a snug fit with the DRLs in place, but I managed to jam everything in and fit it all back to the aquarium. 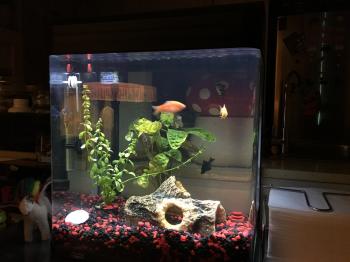 Hopefully this time I won't have LED burnout issues.

All content and opinions expressed on this Blog are my own and do not represent the opinions of my employer (Oracle). Use of any information contained in this blog post/article is subject to this disclaimer.
DIY, Electronics, Modding, LED, Aquarium
Igor Kromin