Is it worth it? Apple USB-C Digital Multi AV adapter vs a cheap eBay clone

19-Jul-2017
NOTE: This article is 3 years or older so its information may no longer be relevant. Read on at your own discretion! Comments for this article have automatically been locked, refer to the FAQ for more details.
A month ago I received my 2017 MacBook Pro and with that came the Apple USB-C Digital Multi AV adapter that I needed to connect my monitor with. I also ordered a 'cheap' Chinese clone version from eBay since I use my laptop both at home and at work and didn't particularly want to bring a $99 adapter to the office. I did some testing of these at home and here's what I found out... 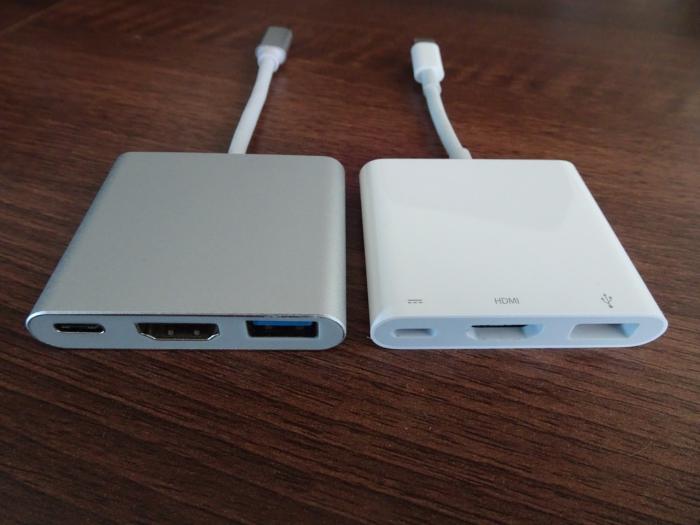 Both of the adapters actually look very similar. Unfortunately when you pick up the cheap clone, you can tell the difference immediately. It feels "cheap". Compared to the Apple version it's much lighter and feels empty inside. Its shell is made of metal, which is not necessarily bad, but it definitely doesn't feel as solid as the Apple one. The ports on the cheap clone do not have names/symbols like on the Apple version. 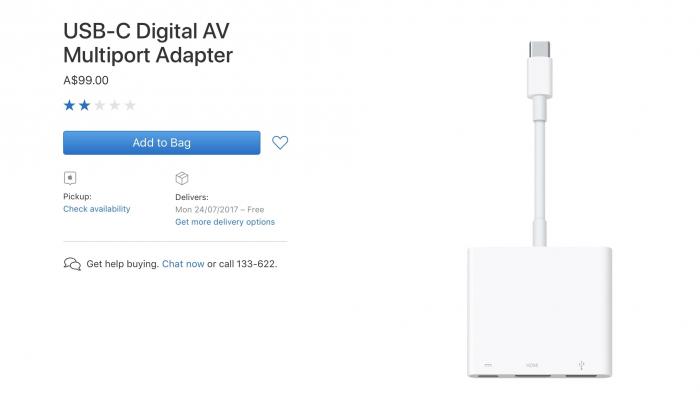 Overall the adapters are very similar. I do like that fact that the cheap clone has a blue tab for its USB 3.0 port, which the Apple one doesn't. It also has a slightly longer lead, but the points where the lead meets the case are not finished as well. That cheap feeling again. 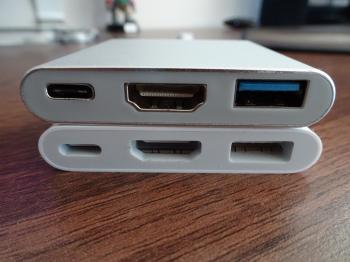 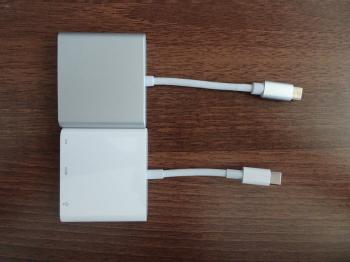 The cheap clone has visible gaps between the leads and the adapter. All of the ports suffer from this, USB-C, HDMI and USB 3.0. The Apple version on the other hand has all leads fit flush up against it, which I like better. 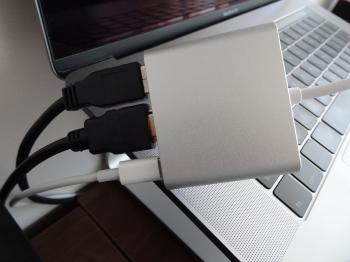 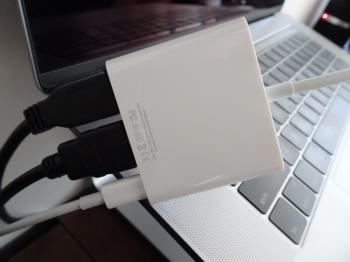 This was my setup at home, Dell U3415W monitor connected via a HDMI cable. The power adapter was plugged into the AV adapter and my USB 3.0 hub (not visible here, it's behind the monitor) was also plugged in. 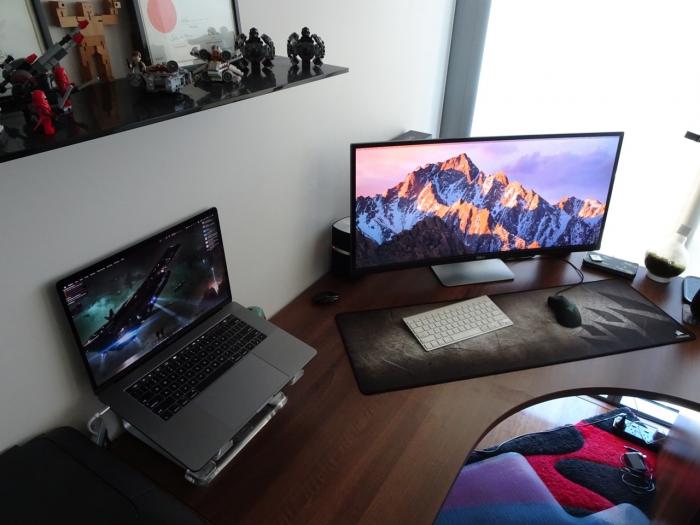 Surprisingly both adapters worked the same, everything was identical in fact. There was still the annoying screen blackout every now and then, but it almost felt like the cheap clone adapter suffered less from this issue than the Apple version. In terms of connectivity, both of the adapters worked well in this case.

At one point I noticed that the cheap clone adapter felt quite hot, so I decided to measure its temperature. This varied from 35.2C to 39.0C, which is quite hot considering ambient temperature was at around the 24C mark. (This kind of temperature is only achieved while the USB-C charging cable is connected.) 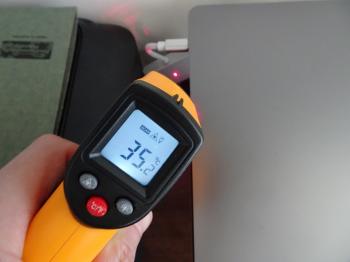 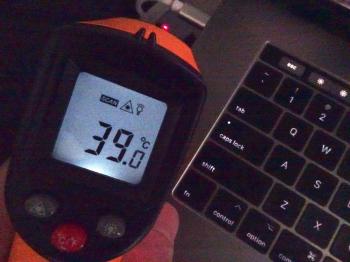 After swapping the Apple adapter in, it also had the same range of temperatures however! 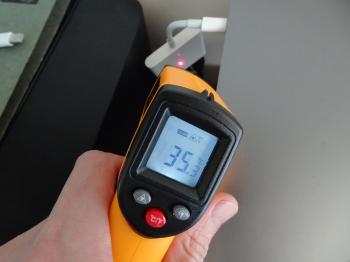 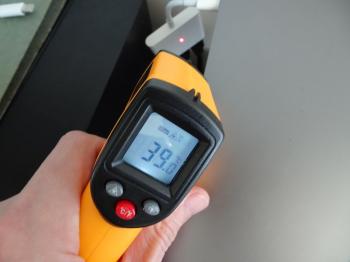 To touch, the Apple adapter didn't feel as hot though. I guess that's because it's plastic and dissipates heat differently to that of a metal casing that the cheap clone has.

So is it worth getting the official Apple adapter? It really depends, I'm more slanted towards no since the cheap clone seems to work just as well. I'm yet to test the clone on other monitors to see how it goes, so my advice for now is to get the cheap one and save your money.

All content and opinions expressed on this Blog are my own and do not represent the opinions of my employer (Oracle). Use of any information contained in this blog post/article is subject to this disclaimer.
Electronics, Apple, Review, Chinese, USB
Igor Kromin