25-Sep-2017
I've noticed some odd behaviour on a development WebLogic server recently (WLS 12.1.2). It would, at times start using 100% CPU on one of the cores. Overall CPU usage would be at 50% since this was a 2 core system. The high CPU usage would remain like that forever, until the managed server was restarted, then it would happen again on the hour. This was around the time I was experimenting with Coherence so thought I did something to cause this, but further debugging showed it was all due to a corrupted file store. The fix was easy, but before going into that lets see the symptoms and some analysis and research I did to get to the solution.

I was monitoring the managed server JVM using JVisualVM. On the hour the spike would occur. At the same time the CPU spike occurred, the heap was going haywire too...

So that wasn't normal! I did a thread dump and checked which threads were using the most CPU time (to find out how see this article - Troubleshooting high CPU usage for JVM threads). Everything pointed towards this...

It looked like the persistent store was doing something...or at least something was trying to use the persistent store. After a bit of research I came across these two articles: here and here. I wasn't convinced that the issue I was facing was the same, but there definitely were similarities.

So I checked where the file store was meant to be according to configuration (Diagnostics > Archives > server)...

Default location! Great, this meant it would be in $DOMAIN_HOME/servers/$MANAGED_SERVER/data/store/diagnostics.

I checked the size of the file store and it was clocking in at 256Mb...

This was big, but not as big as compared to the two articles I linked above. Still I thought I'd try the solution there to rename the WLS_DIAGNOSTICS000000.DAT file and restart the managed WebLogic server.

I was monitoring the JVM after the restart again. Like clockwork, there was some activity on the hour again, but this time after a short spike, all activity died down. The heap usage was also normal this time.

I did mention that this was happening "on the hour" and not "every hour". This was on purpose and I'll have a separate blog post about that too.

All content and opinions expressed on this Blog are my own and do not represent the opinions of my employer (Oracle). Use of any information contained in this blog post/article is subject to this disclaimer.
Oracle, WebLogic, Error, Howto
Igor Kromin 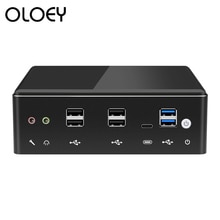