23-Dec-2017
NOTE: This article is 3 years or older so its information may no longer be relevant. Read on at your own discretion! Comments for this article have automatically been locked, refer to the FAQ for more details.
I've been looking for a new HDD enclosure or dock recently because the enclosure that I used to build my media server started playing up. I didn't want to spend too much money on a new enclosure because I plan to relocate my whole server setup into a rack mount in the near future, so I started looking for the cheapest USB 3.0 docks I could find. That's when I came across the Maiwo 4 Bay dock on eBay. It cost me $AUD 80.07 which was the cheapest I could see that any 4 bay dock was going for.

A few weeks later (shipping from China) and it arrived. The box was a little banged up for wear but this was only a dock so I wasn't too worried about it being damaged. 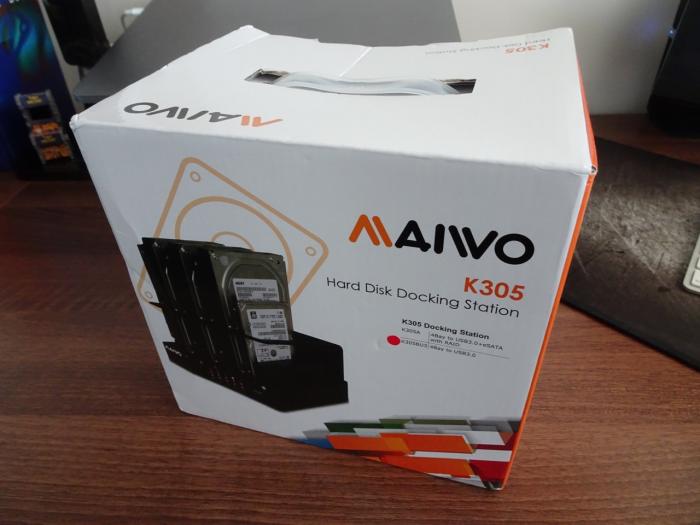 It looked like the back of the box was crushed by something. Inside seemed to be OK. 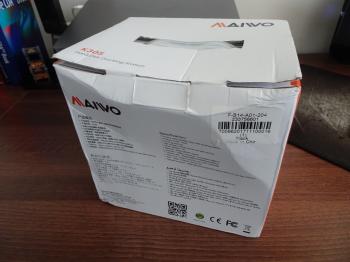 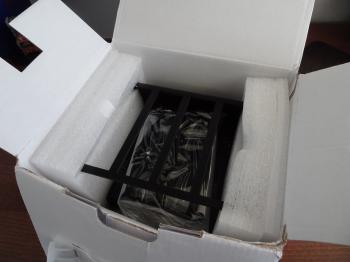 All components safe! The dock itself was inside a foam surround and then there was a box of accessories for it below it. 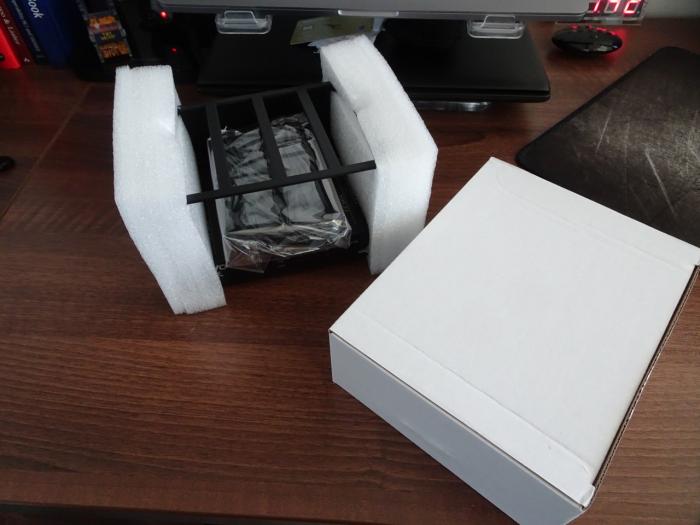 Besides the dock there was a USB 3.0 cable, power supply, instruction manual and four plastic placeholders for 3.5" bays that convert them to a 2.5" bay. The placeholders were a nice touch. The power supply came with a figure-8 cable with a US plug even though I was ordering to Australia. So I used a spare figure-8 plug that I had lying around. 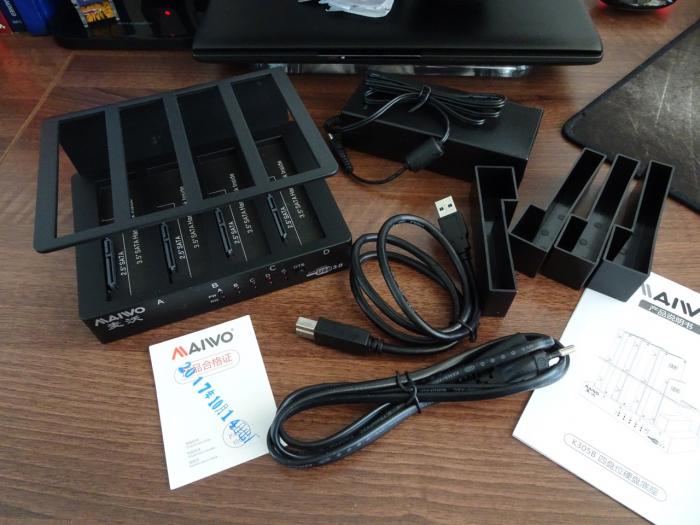 The one thing I noticed immediately was all the dust. Everything was covered in it! 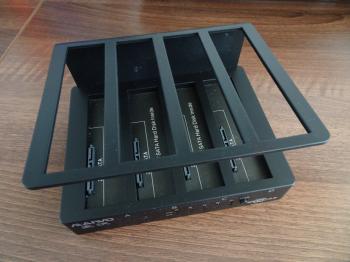 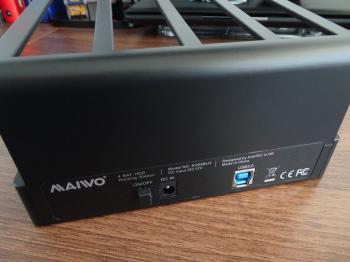 To my surprise the cage part of the dock, the top section that helps hold disks in place was made out of plastic. I was expecting this to be metal but no - it's very bendy and doesn't really offer the disks any support. Those 3.5" placeholders fit very well though. 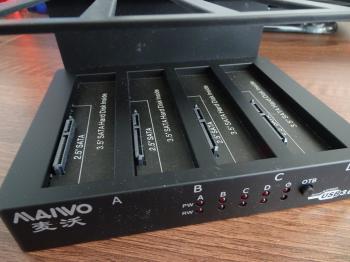 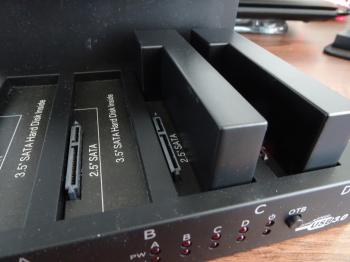 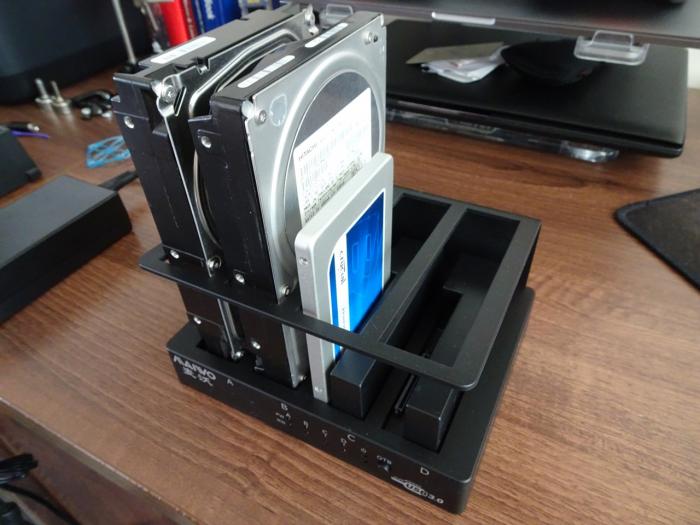 Power and server plugged in! The LEDs on the front were red which I didn't love. There were two LEDs per bay - the top LED indicated power and the bottom read/write activity. There were also two LEDs for the overall power indicator, I'm not sure why there were two here. There was also the OTB (One Touch Backup) button which I didn't try and my understanding is it's just a trigger button that launches back up software - for me it wasn't of any use. I liked that there was a push button on the back of the unit to turn the device on/off, this is something that a lot of the cheaper units tend to miss. 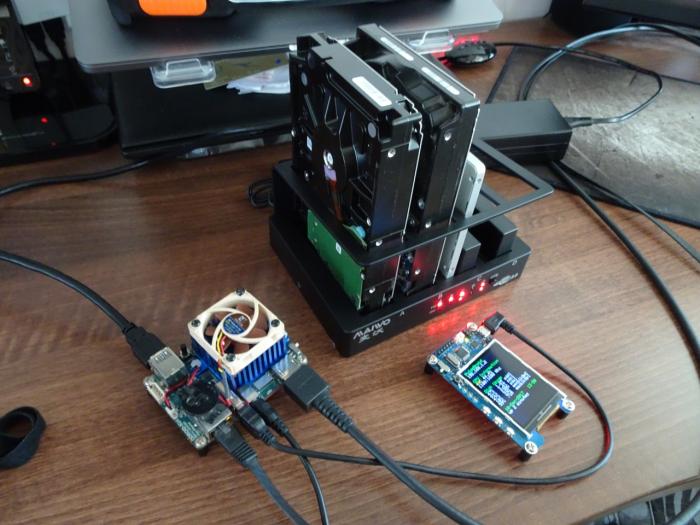 So how did it perform? Using standard the Linux cp command gave me around 48Mb/s copying between the SSD and one of the 3.5" drives. Using the Linux dd command gave me a figure of 91.8Mb/s writing to one of the 3.5" drives. Overall it seemed to be performing quite well. I didn't do too much performance testing on this unit because after all for such a cheap unit your expectations should be quite low.

After a couple of days use I noticed that my disks were getting quite hot in this dock. That's not ideal for any drive and there was no way to cool them since there was no fan. I guess this dock is not really meant for 24/7 usage like I am doing. I did come up with a way of cooling my disks - check out this article on how I did that.

So overall I think this is a nice cheap docking station. It performs well enough and looks OK too. I'd recommend it for casual use but not for anything prolonged. For it's price, it's definitely a winner.

All content and opinions expressed on this Blog are my own and do not represent the opinions of my employer (Oracle). Use of any information contained in this blog post/article is subject to this disclaimer.
Review, HDD, USB, Maiwo
Igor Kromin