26-Dec-2017
NOTE: This article is 3 years or older so its information may no longer be relevant. Read on at your own discretion! Comments for this article have automatically been locked, refer to the FAQ for more details.
When I wrote about the cheap HDD dock I recently purchased I noted that one of the issues it had was with the drives heating up. This was purely due to it not having a fan. I had a couple of Arctic F8 TC fans lying around from when I added a bunch of them to cool my PS4 inside my TV cabinet so decided to make something of them.

This was definitely not a serious project, but it was something that was necessary with my setup. This is a temporary setup for me so I don't mind it looking the way it is. The Meccano pieces came from the helicopter kit that I purchased specifically for this mod. So lets see what I did...

First of all I wanted to have a way of keeping my disks stable and secure from any vibrations that the fan would be adding. Plus as I noted in the HDD dock review the stabilising cage on this dock is more or less useless. I used the plastic Meccano pieces to attach both of the 3.5" drives to one another. These pieces fit perfectly between the disks. It was amazing it was such a good fit actually. I did have to use oversize bolts to secure them due to their thickness. With these pieces fitted the drives didn't move in their sockets at all. 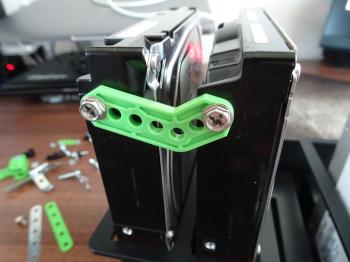 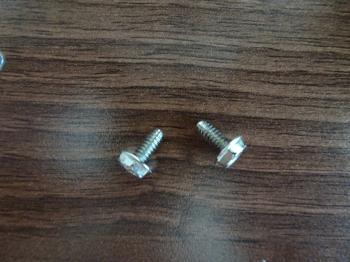 Originally I was planning to put the fan on top of the disks but couldn't work out how to do it so decided to use the S shaped metal pieces from the Meccano kit instead. These were perfect in the end since they gave some clearance between the fan and the disks and I could align them to the disks' mounting holes. (The fans were dirty I know, but I didn't think it was worthwhile cleaning them too much.) 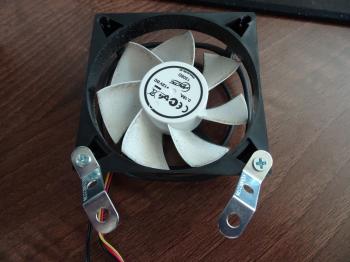 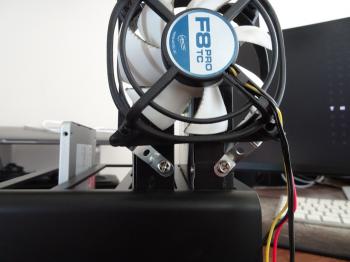 I used a long metal piece to secure the SSD. This didn't actually fit very well but since the SSD could be moved in its socket a little it worked out. 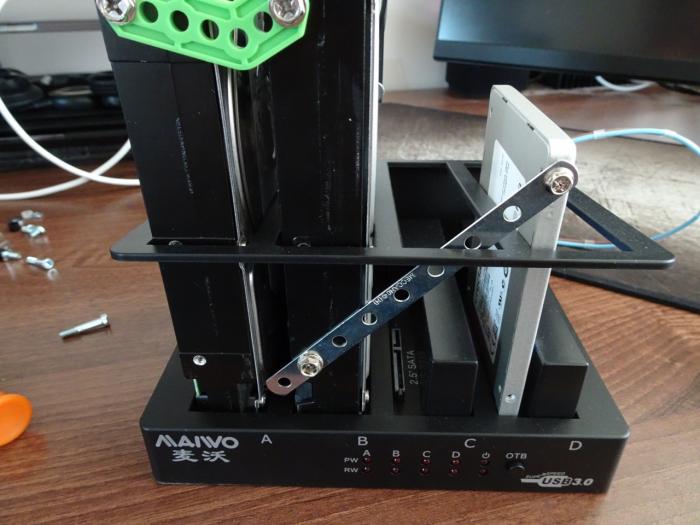 The temperature sensor was put between the two 3.5" disks since those were the ones getting hot and being cooled by the fan in the first place and it seemed logical to use temperature between them to control the fan's speed. 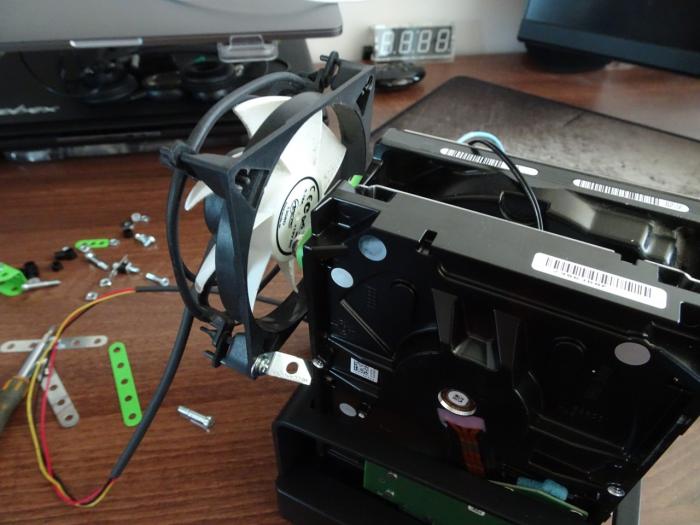 To power the fan I made a simple power splitter. Both the HDD dock and the fan used 12V so I figured this was the easiest way to do it. I wasn't too concerned with the power draw for the fan as that should have been negligible, especially at low speeds. 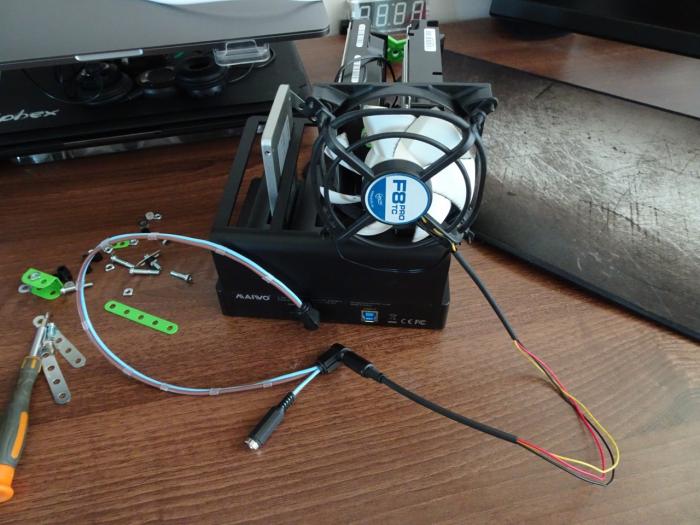 So did this crazy contraption work in the end? It sure did! Both the 3.5" disks are staying cool now and the fan is spinning at its lowest speed on the most part so it's not even audible. I'm quite happy with this little mod but I do look forward to when I can have a proper rack mount setup for my disks and server.

Here's a video of it running...

All content and opinions expressed on this Blog are my own and do not represent the opinions of my employer (Oracle). Use of any information contained in this blog post/article is subject to this disclaimer.
DIY, Modding, HDD, Meccano
Igor Kromin