Cutting and Engraving with a 40W CO2 Chinese Laser Cutter

8-Oct-2015
NOTE: This article is 3 years or older so its information may no longer be relevant. Read on at your own discretion! Comments for this article have automatically been locked, refer to the FAQ for more details.
I had my CO2 Laser Cutter for a couple of weeks now and in case you missed it, I've written up my initial experience with it over a three part article (part 1, part 2, part 3). I've had a bit of spare time to play around with it a little more, did some cutting and engraving on various materials and at various settings. These are my findings.

This laser cutter broke within a month of operation so I urge you to buy one like it at your own risk. Read my follow up post about it here.

The very first material I tried was a piece of left over bamboo board from my bamboo floor. I didn't try to cut it, just engrave it. In both cases the same text was engraved, 'Testing', but at different levels set for the current regulator. The thicker text is set at about 3/4 power and the thinner is 1/2 power. It worked as expected, thought a little too deep for my liking. 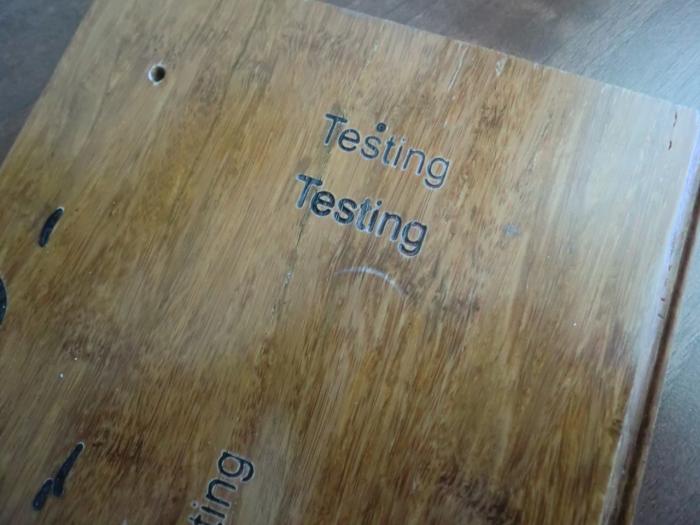 Here's a video of the engraving. It looks like when the engraving mode is active, the cutting head behaves like a printer, it engraves one line at a time where each line is a pixel wide, then moves down to the next line, engraves, and so on. Basically it doesn't do continuous movements in this mode.


Cutting mode is different, it tends to follow continuos lines as much as possible.

I've tried cutting 4.5mm acrylic next. Results were pretty good, though I noticed that it took several passes to cut through the 4.5mm sheet. I noticed that if I slowed down the cutter to say 5mm/s it actually cut through 4.5mm acrylic in one pass, but that caused the plastic to heat up significantly and made it warp. The best approach I found was to cut fast (15-20mm/s) and just do multiple passes.

Here's a piece of 4.5mm acrylic that I cut out and next to it is another piece with a line cut through its centre on a single pass over the material. It's clearly visible how far the laser beam penetrated in this case. The cut was not square, as expected, since the beam was most focused in the centre. The cut would always have a slight angle that would get more visible when cutting thicker materials. 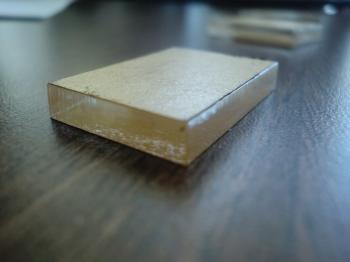 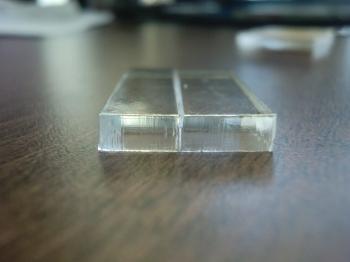 Engraving onto metal was tough. No matter how high I set the laser power, on the engraving setting it never put a scratch on the metal. When I switched to full power cutting setting, I finally managed to produce some results. It was barely a scratch but was now visible. I guess 40W was just not enough to make a mark on metal. 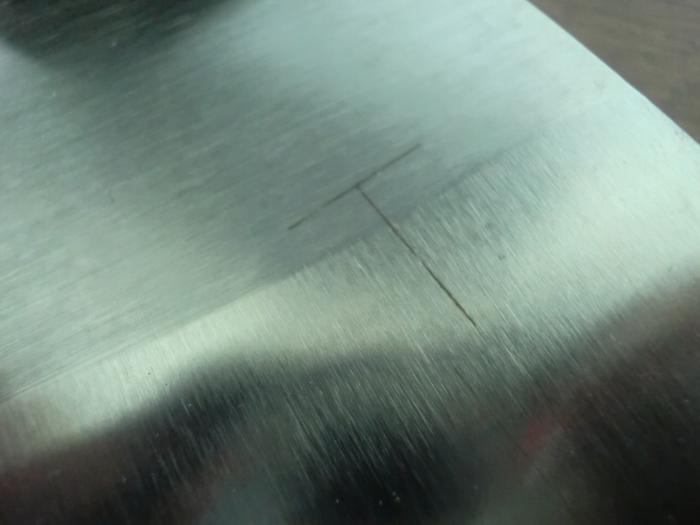 Now what about cutting AND engraving on the same piece, like a keyring decoration? It's possible but you have to do it as a two step process. First do the parts you want engraved, then cut out the shape. Here is an example that I made... 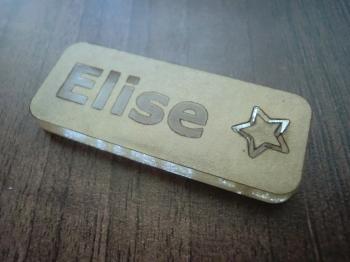 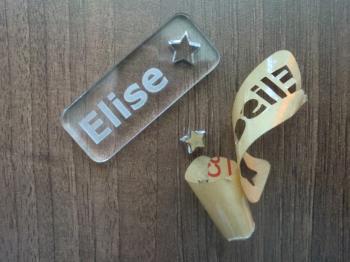 Here are some videos of the laster cutter in action cutting some blister pack plastic. I would not recommend cutting this in closed quarters, or ever really! I'm showing it here as an example because it generates a lot of fumes, these are visible in both of the videos below.

If you have tips for this kind of machine please feel free to add them in the comments below.

All content and opinions expressed on this Blog are my own and do not represent the opinions of my employer (Oracle). Use of any information contained in this blog post/article is subject to this disclaimer.
DIY, LaserCutter, Chinese
Igor Kromin