9-Dec-2018
2018 has been an eventful year. Between some major accomplishments at work, getting engaged, starting a new website and decommissioning a blogumentary I've been working on, I was able to grow Igor's Blog with a good collection of popular and informative content. So now it's coming towards the end of the year and I thought that I need to do a roundup article and then take a break until 2019. Next year will also see changes in posting frequency and style as I reshuffle some of my priorities, more on that later.

First lets see what Google Analytics tells us about traffic. In 2018 I had around 500k page views, which is up by around 40% from the previous year's figure of 350k. There were a few outstanding articles that contributed towards that increase. The month-by-month difference wasn't as extreme, but still showed a good amount of growth. This is a really good result considering that the posting frequency was almost halved between those two years. Overall I am happy with the increase in readership.

So more people are reading, that's great, but what have been the developments to drive it? Well this year I was approached by Fascinations/Metal Earth to start reviewing their kits. These posts saw a good amount of popularity throughout the year and I intend to continue publishing more reviews in the future. I've also stepped up the amount of articles I wrote about WebLogic and Programming in general. Even though I write more articles about Java, my dabbling with JavaScript hasn't gone unnoticed. The articles on GameBoy and Neo Geo Pocket, as well as other sorts of modding were quite popular too.

It's been a mixed bag of new content, as usual, but I think the critical factor to the growth in readers can also be attributed to me starting to share what I write on Hacker News. Some articles were so widely shared that my server went down a few times over the year! I know this is an issue in the Blog software I'm using and is something I plan to address over the holiday season - there'll be an article on that in 2019!

Lets talk have a look at which articles have been the most popular this year. I didn't know my readers were so into Penny-Farthing model kits, but for some reason Riding Tall - Metal Earth Penny-Farthing Kit got thousands of views. The extremely popular post, My Amazon Interview Horror Story was widely read and shared. I was a little apprehensive about sharing this experience, but having seen how many people commented that they had the same bad experience with Amazon, I'm glad I did. Then my description of the method of data storage I used over at Atari Gamer received quite a lot of attention - Hijacking HTML canvas and PNG images to store arbitrary text data. Every single modding article I wrote was up there too - Hacking the HBQ-i7 TWS wireless headphones to make a Stereo Bluetooth Receiver, Adding a Back Light to a Neo Geo Pocket (not Color) and Modding a Neo Geo Pocket Color with a Game Boy SP Front Light.

That was a big list of popular articles, but that's still not the end of it! My articles on Cobertura were a hit - Testing out new JaCoCo filtering options that help to improve code coverage and Quick look at JaCoCo vs Cobertura performance and coverage results. Then I had an article that was featured in the Odroid Magazine - Final improvements to Odroid XU4 home server with a 5V DC-DC converter in place. On the same note, a mod for the XU4 I wrote about was a popular post - Another Odroid XU4 standard heatsink and fan replacement. Not all popular articles where of a positive note either, Razer Atheris mouse - disappointment with terrible Bluetooth performance, no accessories received a huge audience...and with that I think it just about covers all the popular articles from the year.

So what's in store for 2019? Some changes are coming...The post schedule will be reduced to 1 a week. The usual tech-focused posts will continue to be dominant, and one post a month will be focused on reviews and more off-topic articles. This reduction is necessary for me to spend time on my new project - Atari Gamer. Some back-end changes will be introduced to deal with unexpected traffic spikes. Apart from that everything else will remain relatively unchanged.

Signing off until 2019...have a great holiday break everyone!

All content and opinions expressed on this Blog are my own and do not represent the opinions of my employer (Oracle). Use of any information contained in this blog post/article is subject to this disclaimer.
Misc, Blog
Igor Kromin 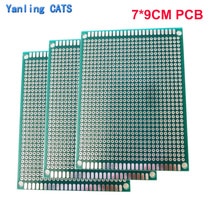